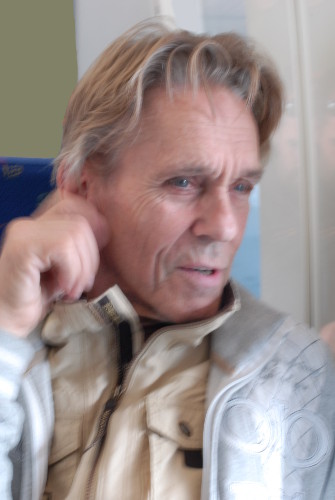 The artist Bjorn Lowgren was born in Stockhom, Sweden in 1947. He was raised in an artisan’s family, is self-taught and has worked with various mediums since childhood.

During the 60s and 70s, Bjorn traveled extensively in North Africa and the Orient, which have greatly influenced his spiritual approach to shape and colours. He quit his university studies in 1985 to pursue his artwork.
His contemporary compositions in oil, watercolour and graphite have been shown in private and collaborated exhibitions and are widely polular in Scandinavia.

Since 1998 Bjorn has worked as a pattern designer for his wife Katarina who is a professional weaver. (See also lqgallery.com)

Bjorn is a member of the Swedish Art Association.

Theme by Anders Noren — Refined and photo by Femtrappor